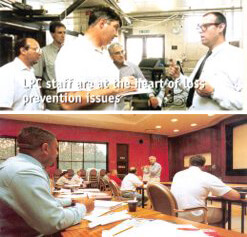 Gerard Linehan of Rottguard Fire Systems Ltd. is seen here to the fore at what was the first of the LPCB's training courses on the design of fire detection and alarm systems. Being certified by the LPCB, became mandatory for those engaged in the design and installation of systems for the UK government projects; after the Kings Cross tube station fire. 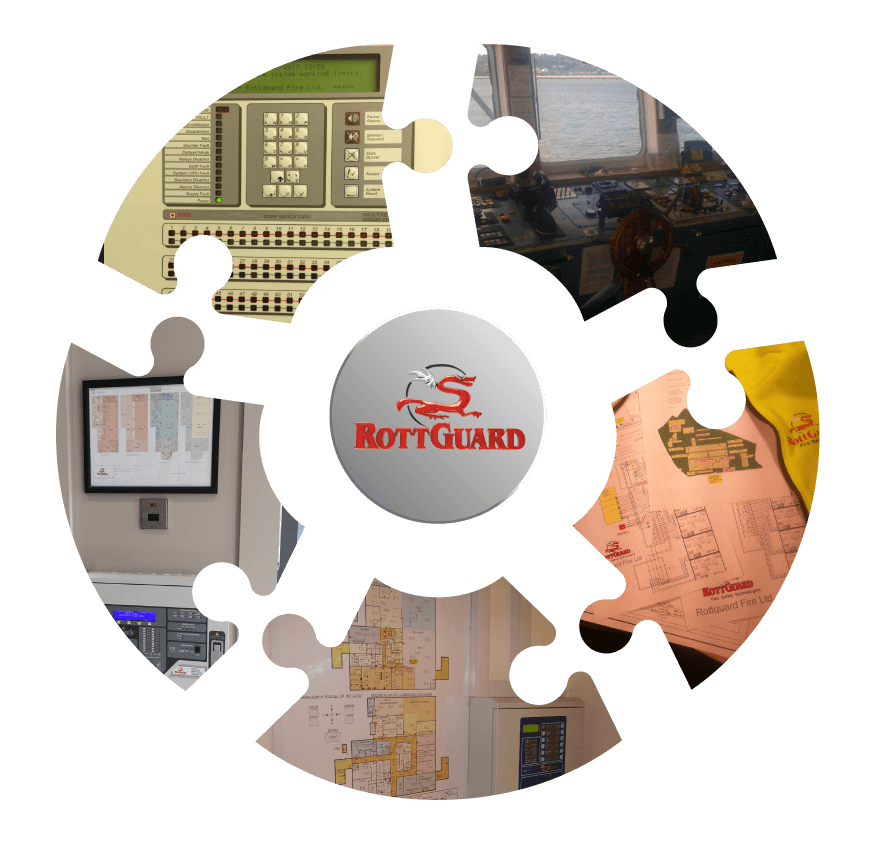 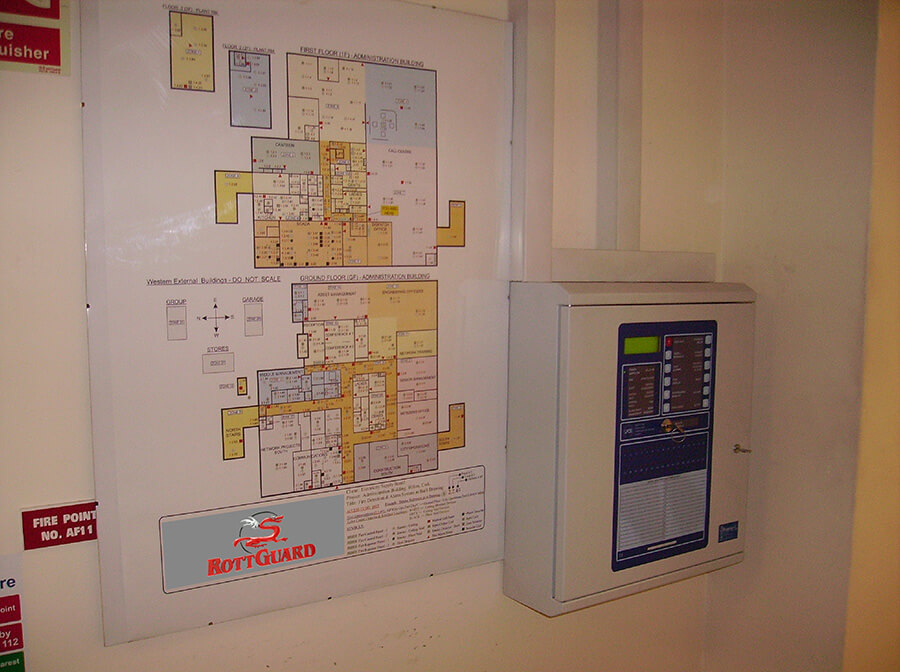 This image is representative of one of a number of fire detection and alarm systems, designed, installed and commissioned by Rottguard personnel for the ESB (Electricity Supply Board).

The photo shows one of the networked control panels at the ESB Group Headquarters in Cork and the wall chart, which shows all the system devices and associated addresses within the zones. 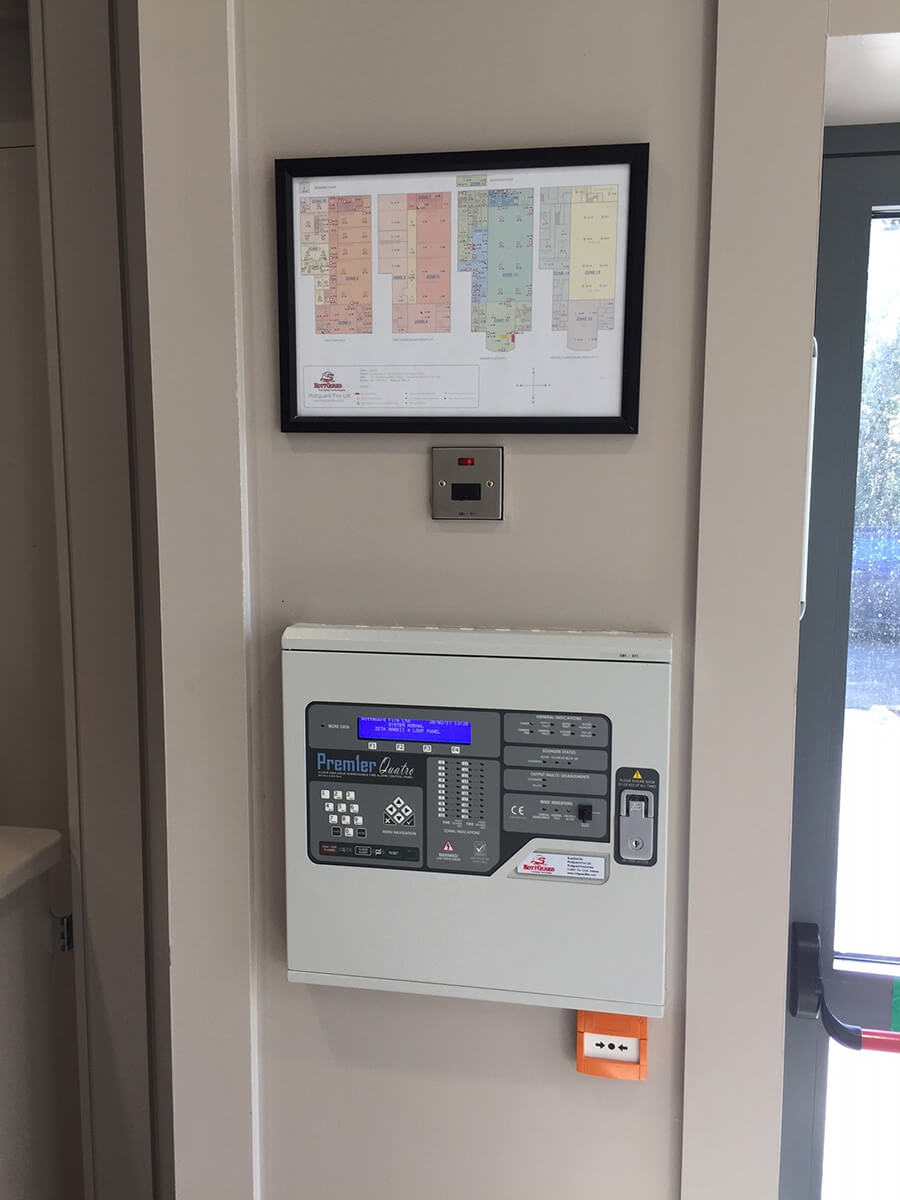 This fire detection and alarm system was designed, supplied and commissioned by Rottguard for the protection of Clayton Silver Springs hotel Meeting & Events centre. Rottguard liaised with the electrical contractor's project manager throughout the installation of this system. 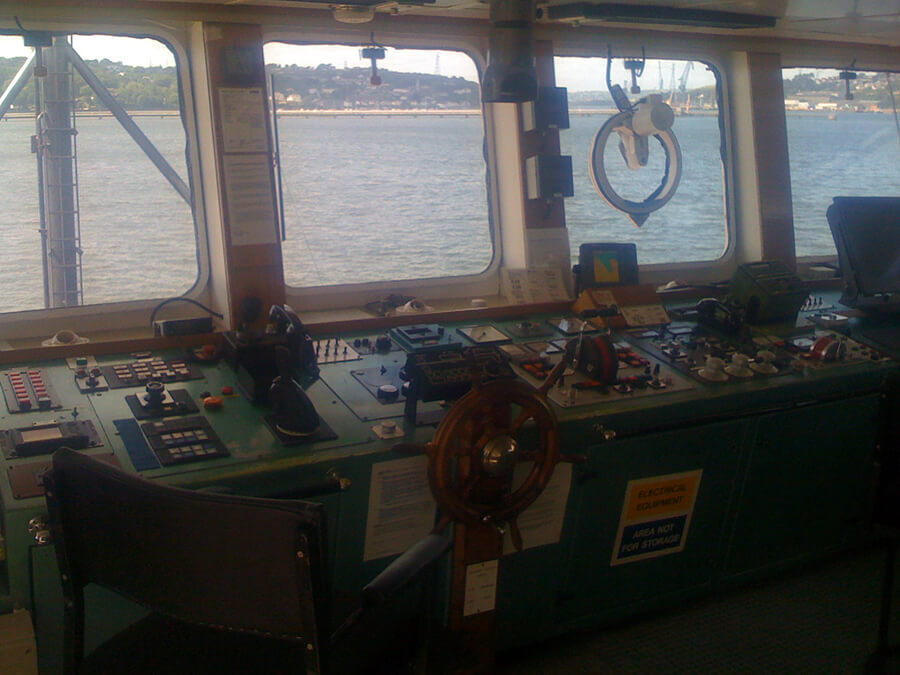 This is a Mainport ship, used to service the Kinsale gas rig off the Irish coast. It is one of a number of marine fire detection and alarm systems that Rottguard personel have worked on. 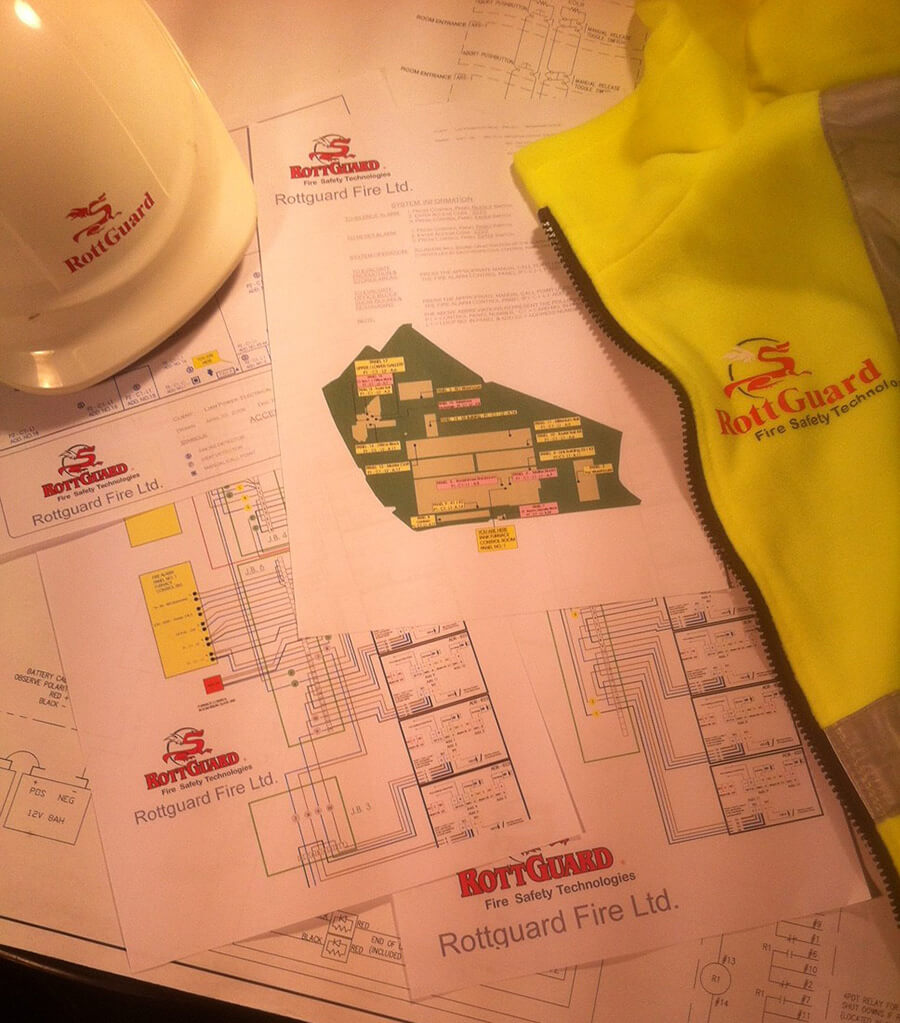 On completion of the project, Waterford Crystal had the capacity to evacuate the whole facility simultaniously, in the event of a fire, during one of its forty daily; factory guided bus tours. And it also became possible to monitor what had been twenty stand-alone systems from the tank furnace control room and their central security office.